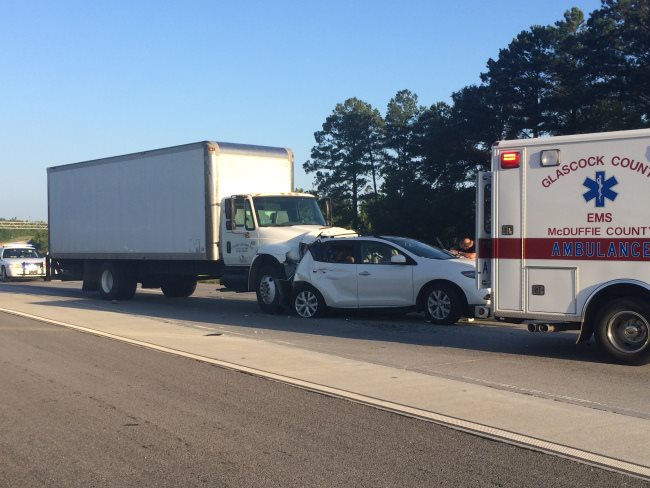 Crash risk is highest if you get fewer than four hours of shuteye a night, scientists found. That’s like driving with a blood alcohol concentration roughly 1.5 times the legal limit, the researchers explained.

But even those who sleep fewer than seven hours a night are more likely to be in a crash — and to cause it, the study found.

“Being awake isn’t the same as being alert. Falling asleep isn’t the only risk,” said study author Brian Tefft, a senior researcher at the AAA Foundation for Traffic Safety.

Experts advise adults to get between seven and nine hours of sleep each night. But surveys reveal that 20 percent of Americans fall short of this recommendation, usually sleeping less than seven hours, the study authors said. They noted that an estimated 7 percent of all U.S. car crashes and 16 percent of fatal collisions involve sleepy drivers.

The researchers examined data on 5,470 crashes, including driver interviews, from a study conducted by the U.S. Department of Transportation.

The results were published recently in the journal Sleep.

“Even if they manage to stay awake, sleep-deprived drivers are still at increased risk of making mistakes — like failing to notice something important, or misjudging a gap in traffic — which can have tragic consequences,” Tefft said in a journal news release.

Drivers who reported sleeping less than four hours were more than 15 times likelier to be responsible for the car accident than those who got at least seven hours of sleep, the study found.

The sleep deprived were also at high risk for a single-car crash, which is more likely to result in injury or death. The researchers noted these drowsy drivers had about the same odds of crashing as a driver with a blood alcohol concentration roughly 1.5 times the legal limit.

Drivers who’d had four to six hours of sleep the night before were up to 2.9 times more likely to cause their accident than those who sacked out for seven to nine hours.

Folks who had changed their sleep or work schedule within the past week and those who had been driving three hours or more without stopping were also at higher risk for crashing, the study found.

By BellBrigham | Published January 3, 2019 | Posted in Motor Vehicle Wrecks | Comments Off on Drowsy Driving as Risky as Drunk Driving

We will respond to your inquiry in a timely fashion. Thank you.